Last February I made the first EOSHD video quality charts 2014. This was an at-a-glance chart of image quality delivered by every camera I can possibly think. This year I've decided only to include th 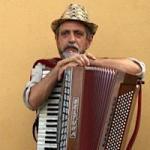