Which 4K camera for the masses? GH4 vs Blackmagic Production Camera 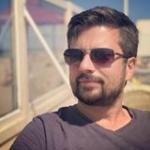 I'm pretty new here but I think the tone in Tim's mail is.... Unnecessarily harsh. Why "you failed to" etc? It's not that eoshd.com owes this person anything. The tone is a shame because there ar

Key word there being 'Recommendations.' This is not a requirement. This 'list' is meant to be a guide for the local stations when selecting cameras to purchase for their photogs who go out into the fi

Already we have 2 affordable 4K interchangeable lens cinema cameras due and we're only a month into 2014. Red shipped the first professional 4K cameras in 2007 but since then the rate of progres