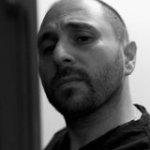 These are for C500 and Red and FS7. I do not thing that you need anything like this, and they cost multiple times the smaller ones. Check the S2 kit (the whole thing can be very cheap), and the S4 is

I'm no expert but I went down this road looking for a reasonable sized fluid head for mirrorless ... doesn't exist IMO. They are all crap unless you get a heavy one   None of the smaller one

Have you check the prices of a Benro S6 and a top of the range Sachtler? The one can buy you a meal for two in a good (or ok) restaurant and the other buy you a small car.