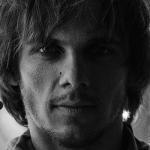 I really like to shoot anamorphic and i spend a lot of time doing little researches, which leads me to invention that i want to introduce. I've learn a lot of information from this subforum, so i want

Hi, I just used two different 2x front and rear lens and got at least 2.8x ratio.  But looks like it needs much longer FL taking lens to use. P.S. Image taken by hand hold front lens, 3m distance