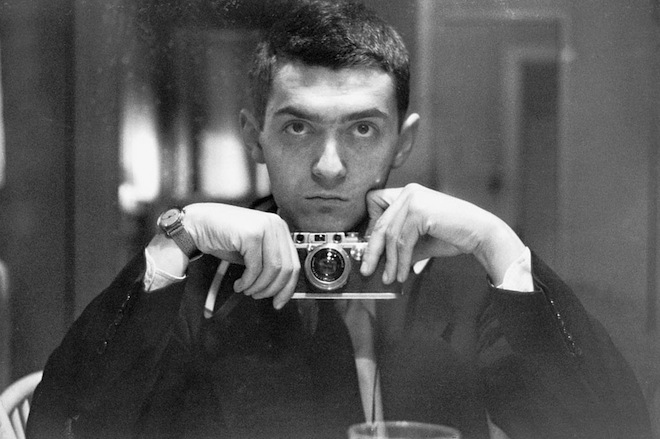 An early self portrait of the young Stanley Kubrick, photographer – Image source: British Journal of Photography

In a 77 minute interview recorded over chess between takes on 2001: A Space Odyssey in the mid 1960’s Kubrick describes selling his first photograph, his first short and making his first feature.