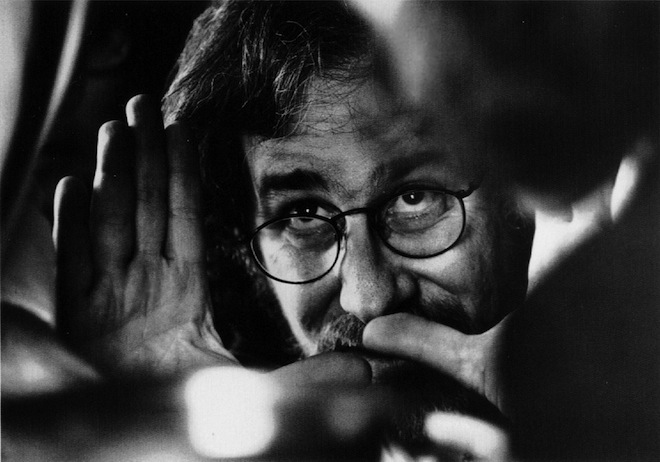 Steven Spielberg has revealed the Oscar winning blockbuster Lincoln barely made it into distribution.

Spielberg was speaking at the University of Southern California Film School. The problem he says is that studios aren’t taking any chances on ‘fringe’ subjects and scripts, preferring established franchises and superhero schlock directed by wannabes. If Spielberg can’t get his artistic film into cinemas, it bodes very badly for the artistic DNA of cinema and the viability of the business which for so long has fed of ideas and talent. Have the money-men finally killed it?

Is this the end of intelligent mainstream cinema?

I really think so. The future for any talented filmmaker is the internet and television. That’s where the creativity is going to be, where new talent breaks first. You’re not going to see a debut feature however Oscar worthy at the cinema until it is a proven mega hit franchise with millions of YouTube views.

The major studios have been taken over by number crunching zombies, who would sooner commission a Grumpy Cat script than a Spielberg film.

Creativity is risky, new ideas are risky – pair them with the huge budgets Spielberg commands to and you have the studios quaking in their pants. Spielberg isn’t the only one to lament his fall as a multi-million dollar art house filmmaker. So does George Lucas.

Lucas says his World War II blockbuster Red Tails had an incredibly hard time getting into theatres and wasn’t able to get a international release. “[the]pathway to get into theaters is really getting smaller and smaller” he explained.

If all this sounds like satire, unfortunately it isn’t. The studio system is simply a machine which works in cold hard numbers and calculates the maximum potential reach of a crowd pleaser. That’s why there’s hardly any film in the cinemas today that isn’t rated PG and aimed at the widest possible audience. Machines don’t run off the same stuff we do – humanities like art – they run off numbers, but like all machines they eventually stop working. I predict that a rapid decline in the cinema business.

There’s only so many Star Trek sequels people are willing to put up with. Mainstream cinema today already has a very casual audience, to whom the quality of the film is secondary to temporary relief from boredom. Casual consumers are fickle – as soon as something else takes their attention none of these people are going to flock to cinemas for the usual reason that they’re bored and have nothing else to do.

Long term businesses survive not off numbers, but from the passion and loyalty they inspire from customers. It is time the myopic big studio bosses realised this and stopped driving mainstream cinema into the ground. 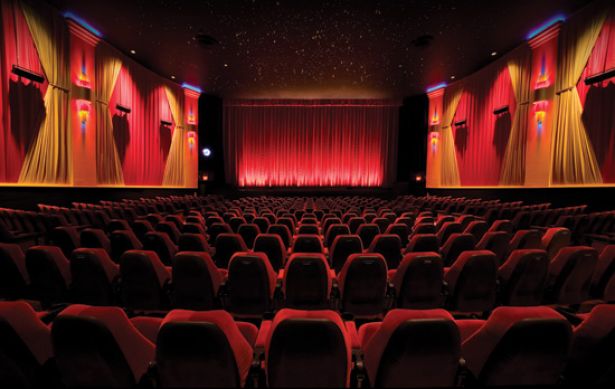 When mainstream cinema does finally turn into dust thanks to the concerted effort of philistine bean counters everywhere, Michael Moore who helps run the State Theatre of Traverse City in Michigan points to a way forward. His theatre inspires exactly the kind of passion and loyalty a cinema needs rather than pandering to the fickle consumer and trying to extract as much money as possible from as wide an audience as possible.

On his blog he says the MPAA who represent the big studios recently ranked it number 1, which is ironic considering how the MPAA members are doing their best to kill it.

1. We only show really good movies. Nothing that aspires to the mediocre is shown at the State.

2. We reject the need to make a profit and, by doing so, we’ve been in the black since day one. 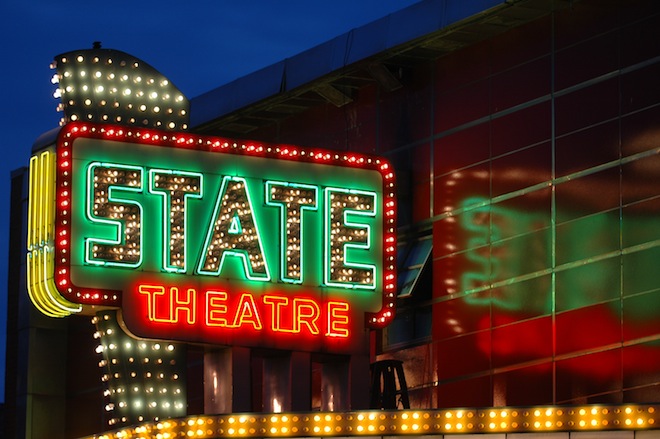 4. This is the community’s theater. Like in a co-op, everyone pitches in as a volunteer. Volunteers pop the corn, take the tickets and run the box office… Everybody gets free movies tickets for this – and the knowledge that they are the true “owners” of this theatre. The paid positions, like the theater managers and our professional projectionists, are paid a good livable wage with full health benefits.

5. This theater has perhaps the best projection and sound in the country. We show movies the way they were meant to be seen (and on a huge 50-foot screen). We have the most comfortable theater seats that you’ll ever sit in (made in Michigan, like many things in the theater). There’s a theater organ that rises out of the stage. A red velvet curtain ascends at the beginning of every movie, and the ceiling above you has 3,000 tiny lights that make up the constellations as they actually appear in the night sky over Traverse City in the fall.

6. Other than our coming attractions, we will never show a commercial before any of our films. You came here to see a movie, not watch TV.

7. Our cell phone policy is simple: If we catch you talking on the phone, texting or checking your mail, you will be banned from the theater for life. Zero tolerance for those who are there to annoy the people who are there to watch a movie in peace.

If this sounds like an experience worth paying for, it is, and no surprise the theatre is a roaring success relative to the dire experience of suffering a modern multiplex.

But I do think such a business is going to be a small niche and quite rare.

I think TV and the internet are going to be the main distribution channels for filmmakers rather than cinemas and that’s a big paradigm shift.

The problem is, TVs and laptops don’t give a very cinematic experience. The price filmmakers will pay for getting people to watch their stuff, is the small screen – and for now we’ll just have to accept it until we find a way to save the cinema experience from idiots.