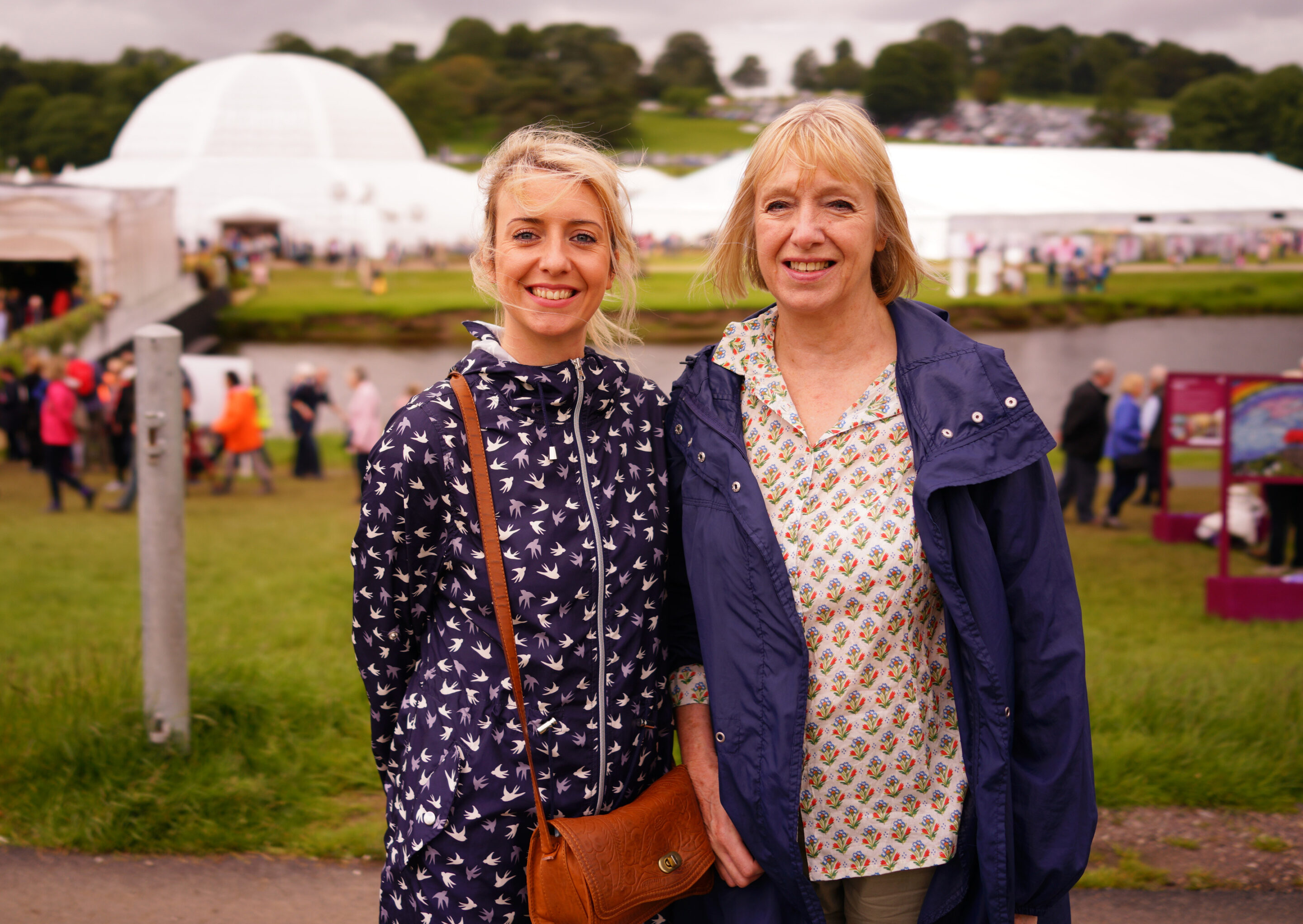 When I went to see Panasonic in London earlier this year, things were on the up after a long pandemic. I remember saying to folks – wouldn’t it be great if after the last few years the drama could began to settle down.

In August my sister was diagnosed with an aggressive form of colon cancer. It has spread to her liver.

This is her story

A talented florist, Zara worked in the gardens of Chatsworth House in Derbyshire for the Duke of Devonshire. She always had that creative spark like her mum Lynn and my dad (who passed away too soon as well at age 49). We all have this knack for seeing the beauty in beautiful things and creating more of it. Zara saw the good in everything. She didn’t deserve this.

At the end of May this year Zara got married at the age of 38 to Liam, ex-Sheffield Wednesday footballer. Their daughter is Arabella, 3 years old. When Zara was her age, I took her for an Easter egg hunt with my gran. Arabella takes after Zara in many ways. She is the future of the Reid-Needham family. 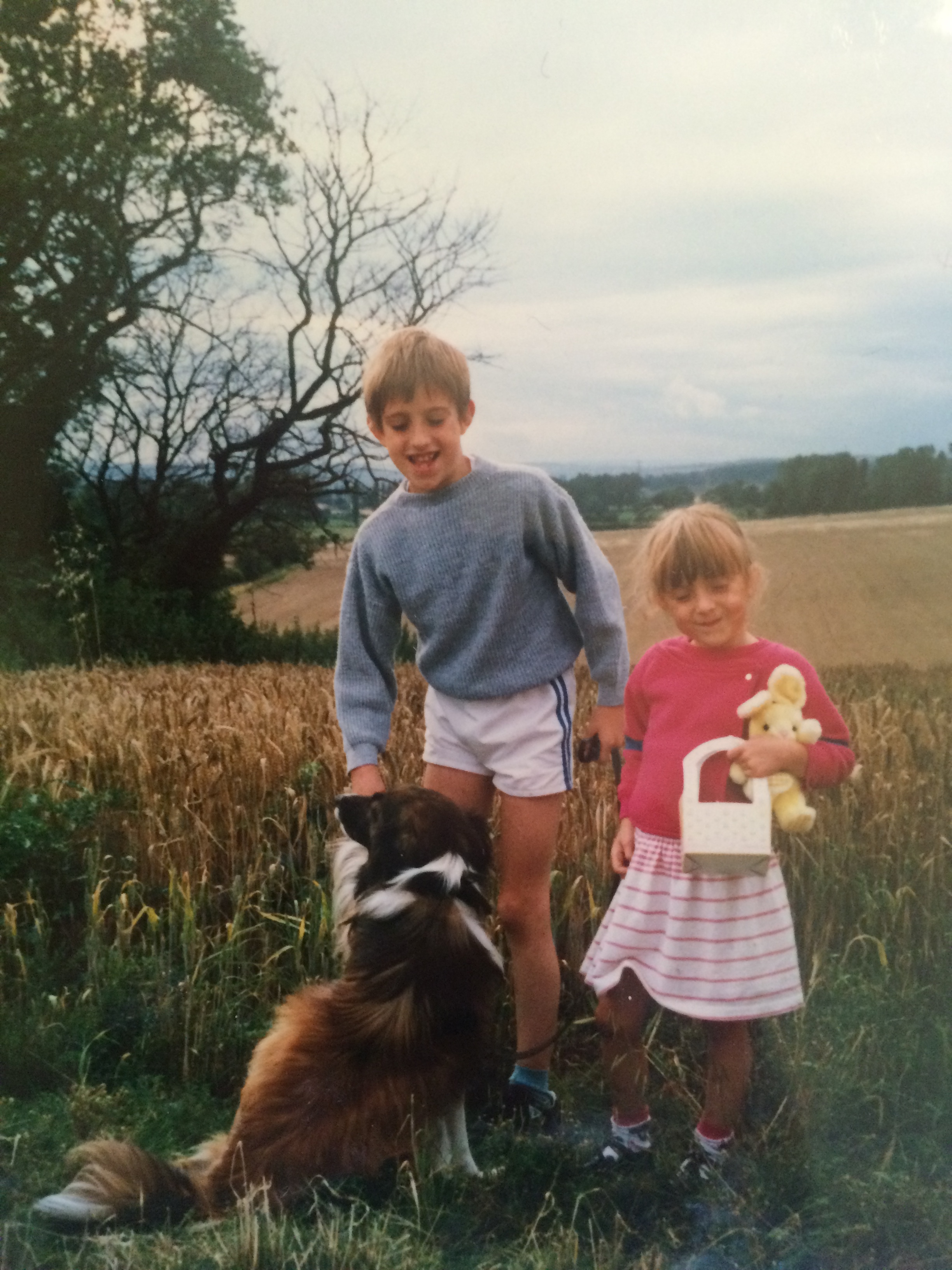 Unfortunately you never know when life can take a dark turn.

Cancer is an evil inflicted on the good. In the darkest moments when I question fate, I ask myself why can’t Putin get it? Why my sister?

In early August I was in Berlin with my girlfriend. My sister phoned and it was the last call I had with her on a normal sunny day. She was taking Arabella for walks on the beach with Liam. Zero symptoms. All fine. A week later she began to feel some pain in her right shoulder and pain on her lower right-side. Strangely, I had put back my flight to Manchester from Berlin three times in July. I had this sense something bad was going to happen. I brushed it off but finally came back in early August.

The GP brushed things off too as “just gallstones”. Nobody expects a 38 year old mum to have cancer do they?

The pain however wouldn’t go away and she insisted on being taken to accident & emergency where she lives in Sheffield. Here they finally did a CT scan before sending her back to the ward. The same evening my mum called me and I could tell immediately from just the “hello Andrew” that something dreadful had happened. In shock with a quivering voice my mum said they’d found cancer.

Then my sister called me to say a very serious looking doctor in a smart suit had been to visit her.

He began by saying “Zara, I can’t tell you how serious this is…”

The surgeon at Sheffield General couldn’t even operate, but wanted her to start chemo as soon as possible, and she went for a liver biopsy. 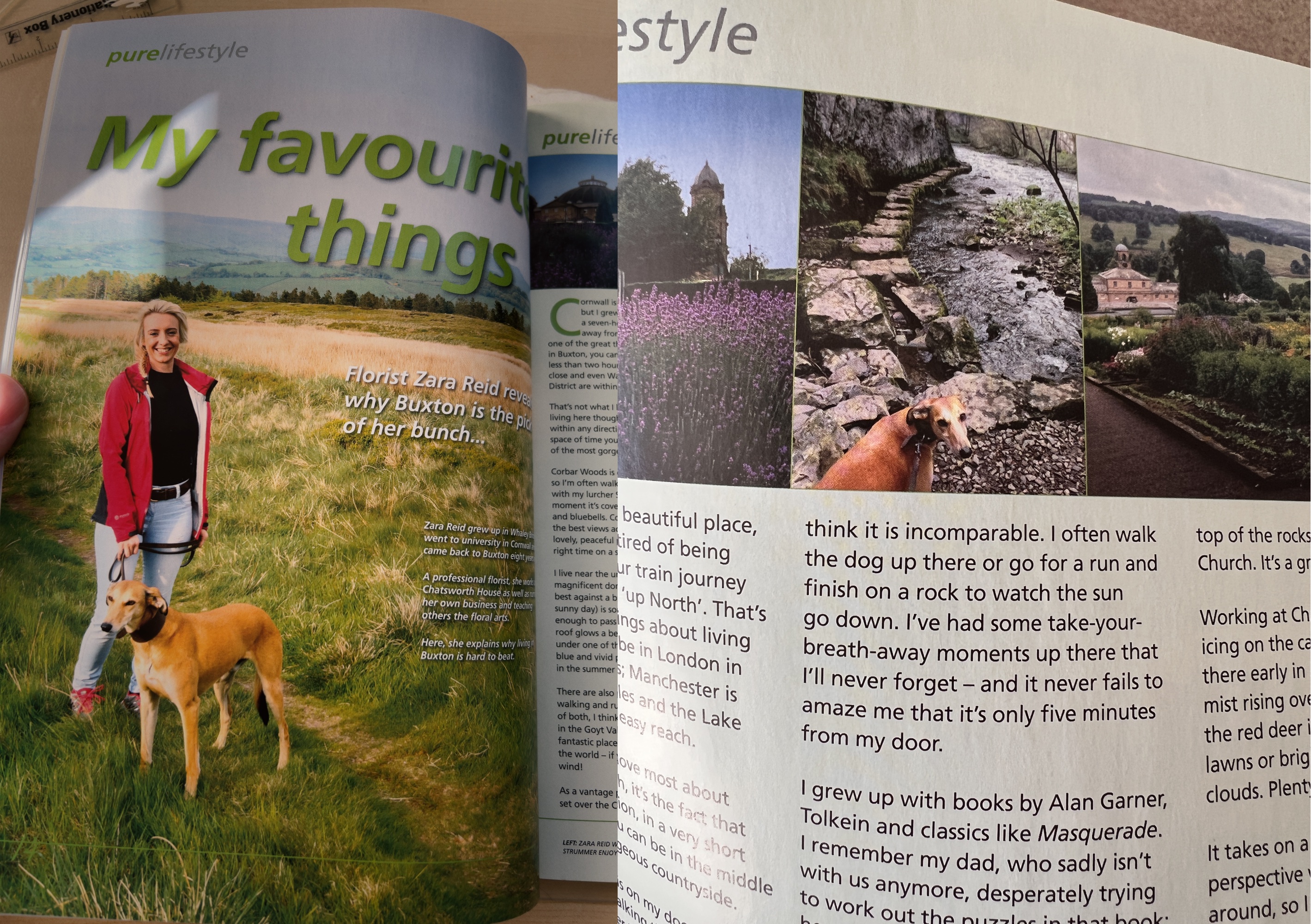 Cancer treatment on the NHS today in the UK is very advanced. Especially for young patients they take their time and send samples to the lab for genetic testing. The exact kind of cancer mutation determines which targeted therapies will work. I began immediately researching these with my mum. Immunotherapy, and all sorts else gave us hope.

But on a surreal day at the same moment The Queen fell ill, we all went in as a family to meet Zara’s oncologist for the first time.

After 2 weeks they had run all the tests and the results were in. The oncologist was more like a social worker, withholding the clinical facts from Zara. You could tell it was incurable but they didn’t say it in those words. I am the sort of person who wants the facts straight. When Zara left the room I absolutely piled on the medical questions. What exactly had they found? Was it inherited? Could it be passed down to Arabella? Would experimental private treatments work? What about trials?

All my hopes fell apart at that moment. The genetic tests had revealed it was the most difficult to treat type of colon cancer, had seriously damaged the liver and spread beyond to the lymph nodes on a major artery. To top it all off the Queen was dead by the time we finished and we all just had this overwhelming sense of gravity.

The only flicker of good news on that day, was that the cancer was “sporadic” and not inherited or passed down.

If there is a heaven I want Zara to go and tend to the garden with the Queen sitting on the terrance with a cup of tea. I want my dad to be there in the jumper he always wore on holiday when we were kids. 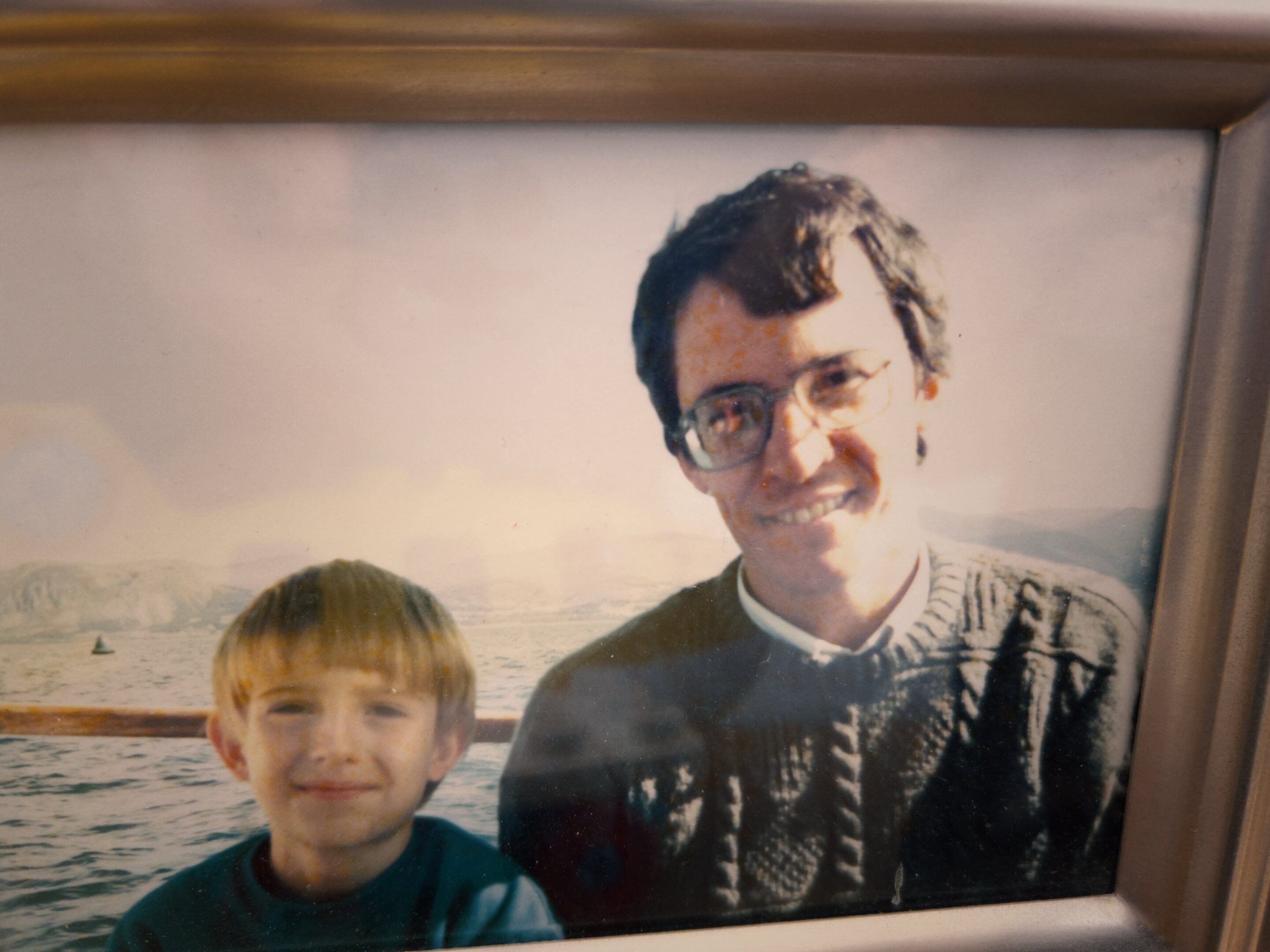 And when I die (probably the same way as my dad, of a heart attack) I want to join them all with my cameras, snapping photos of Zara’s flowers like I did at Chatsworth. My mum can come as well, although she might have a job getting the dogs into the pearly gates! It would be great if Zara could take them for a walk again.

You see, cancer is a fucking thief. It steals all these moments from you and more. 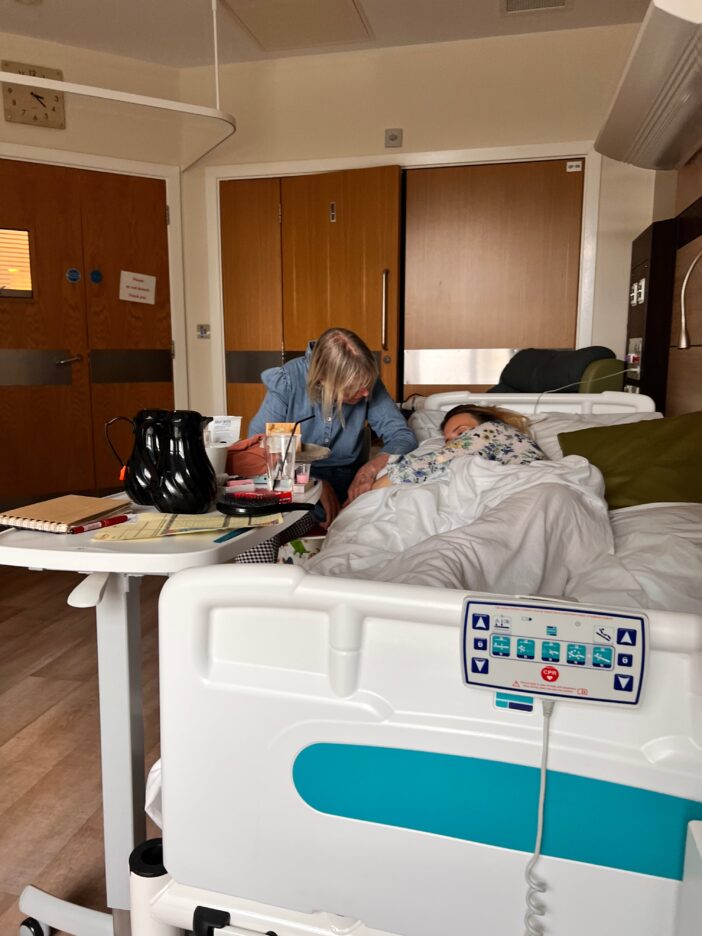 Just as the doctors were beginning to line up advanced chemo drugs for my sister in Sheffield, her liver deteriorated suddenly and she was no longer well enough to take the treatment the doctors had painstakingly lined up for her. That day, an ambulance was called and she was immediately taken to an end of life hospice (St Luke’s).

I can’t tell you how painful a moment like this is for our family and for Zara. I can’t even begin to put into words how I felt when I got the call from my mum and we went to see her. Past the ward of old age people gasping for breath, there was my sister in her 30’s drifting in and out of consciousness lying on her side in bed. Thin as a rake, dying, but for her this was a sanctuary, a place of rest, not exactly Balmoral but she wanted to treasure it and come to peace with it.

I couldn’t bear the idea of nurses controlling visiting hours, of rules imposed and of surrendering my sister to a system I didn’t understand and had never knew even existed. No more cancer treatment, just painkillers and sedatives to make sure she was comfy. It took me until the next day to come to terms with this before I recognised how wonderful the staff were and how comfortable they were making her feel. Visits from the chaplains. Drugs tailored for her needs. The peacefulness of her room. Other than the constant chatter from my mum of course!!

Whilst I stayed at my mum’s house that night, Arabella was crying out for Zara. 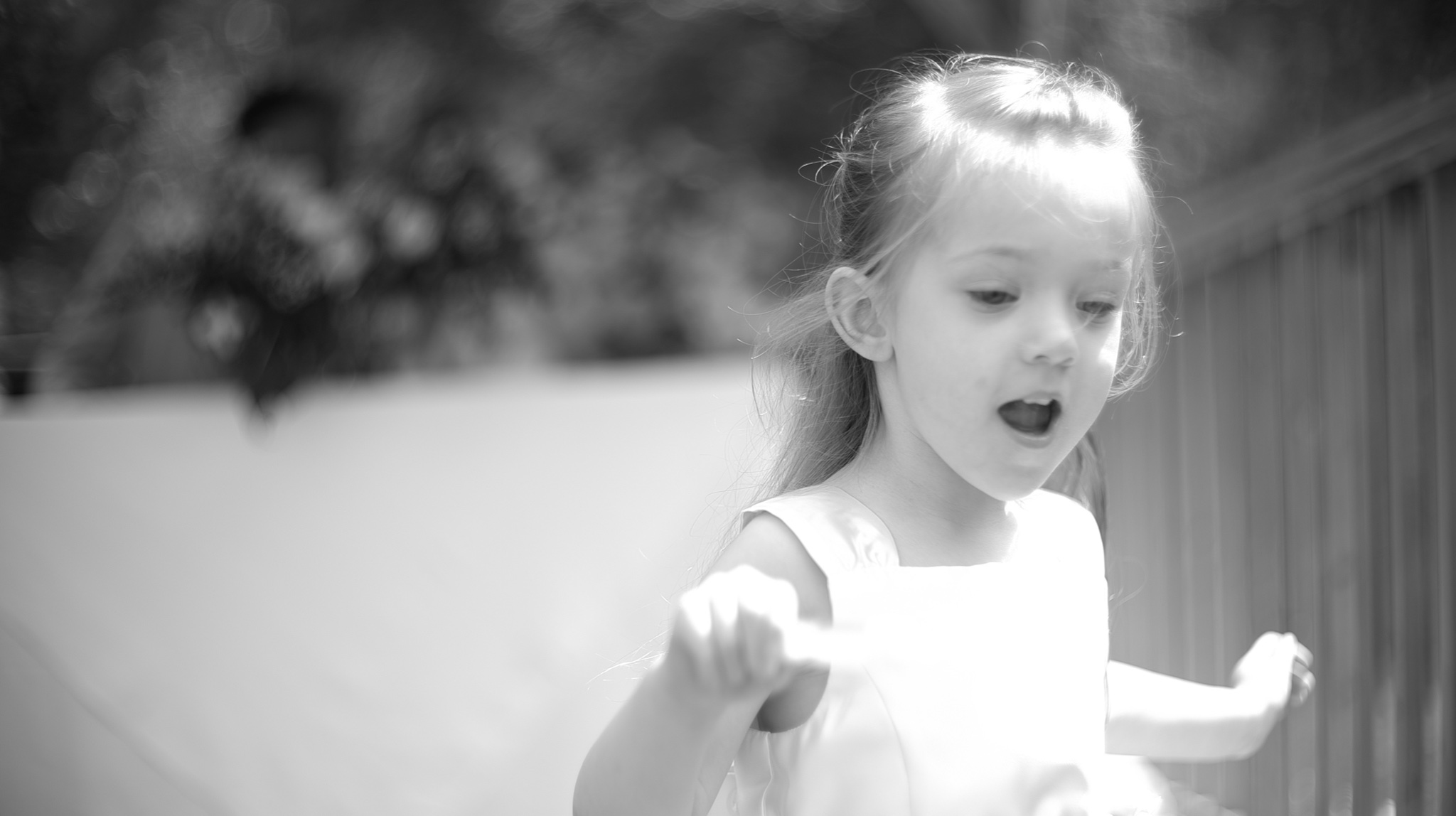 Liam didn’t know what to do… How do you tell a little girl that her mum is never coming home?

My sister is a tough cookie though. Even when she closes her eyes in the middle of conversation, she listens.

Even when her tired body is putting 100% of the energy she has left into fighting cancer she makes time to think about other people.

I held her hand today and it meant more to me than a thousand last photos. To be there with her even when the room falls ominously silent… I will cherish that.

I am however now a wreak. This is the end of my work on EOSHD for the foreseeable future. 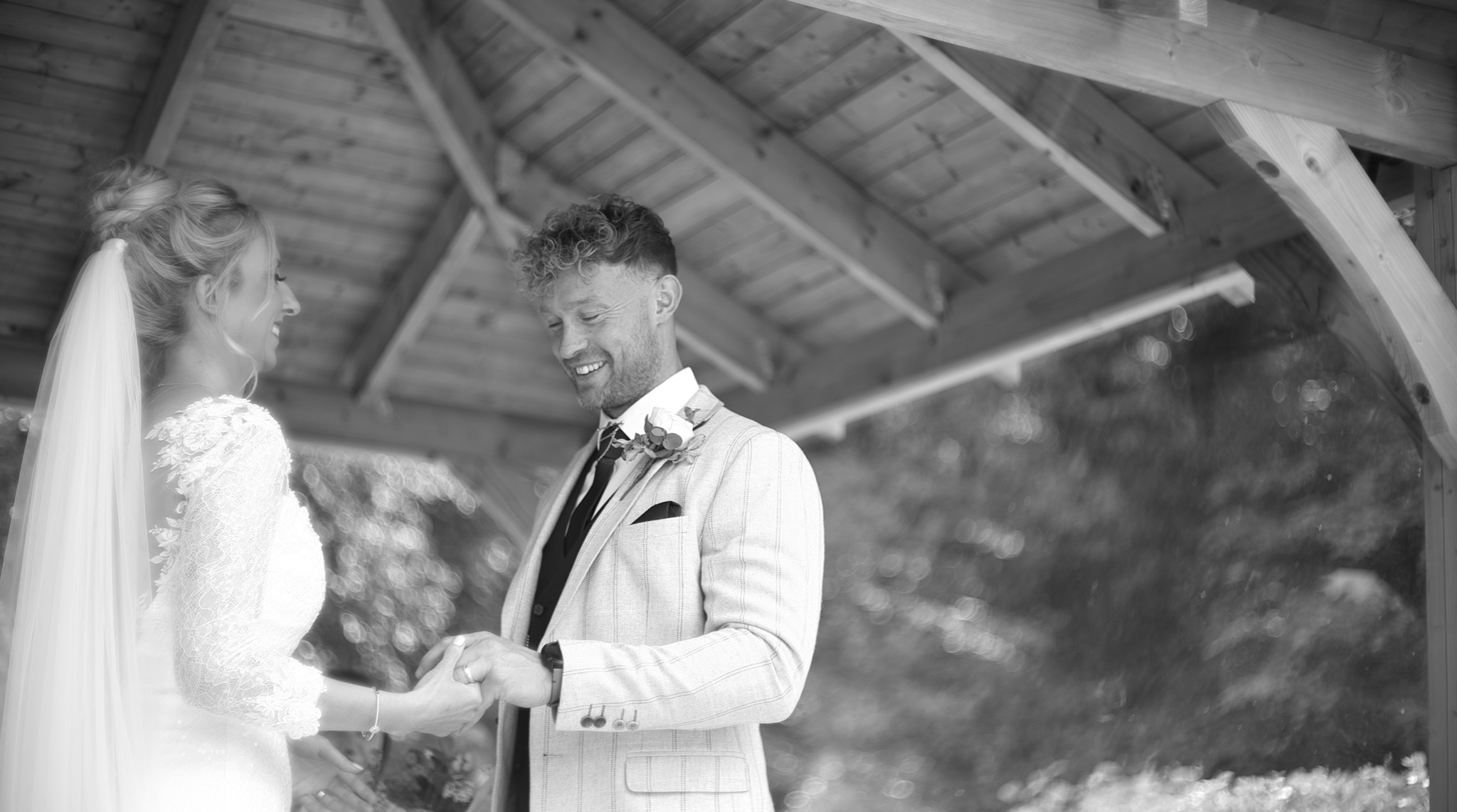 I will miss her unspeakably so and need to grieve. I loved and protected my young sister, Zara for 38 years. Even when she was a teenager and she had some really chav friends and bad boyfriends I knew she’d glide through it and the real Zara would turn up again. She did, and we all want the real Zara to come back again now but she can’t.

Her friends were amazing and we raised £10,000 in a single weekend. The original plan was to spend this on life saving experimental cancer treatments. We thought we had months, not days.

Meanwhile I am going to seek some help and have been prescribed anti-depressants, which I so far refuse to take. I have friends around me so I don’t need them. I have you, my EOSHD followers, and fellow filmmakers. You can get me through this.

Can you promise me one thing… Please pre-order the Panasonic GH6 Shooter’s Guide I’m writing and I’ll use this as motivation to get out of this car crash and work.

Although there is nothing you can do to make Zara well again, you can make a difference for this blog and encourage me to keep going.

I want to be there for Arabella as her uncle even if Zara can’t be there as her mum. I want to get back to work and pay my (not insubstantial) bills.

I don’t want my last shoot to be my last and Zara wouldn’t want that either.

In 12 years I haven’t asked for help.

This time I really do need it.

Help support EOSHD at this difficult time by pre-ordering the EOSHD Panasonic GH6 Shooter’s Guide or donating an amount of your choice here.

10% of the proceeds will go to the cancer charity St Luke’s Hospice in the UK.