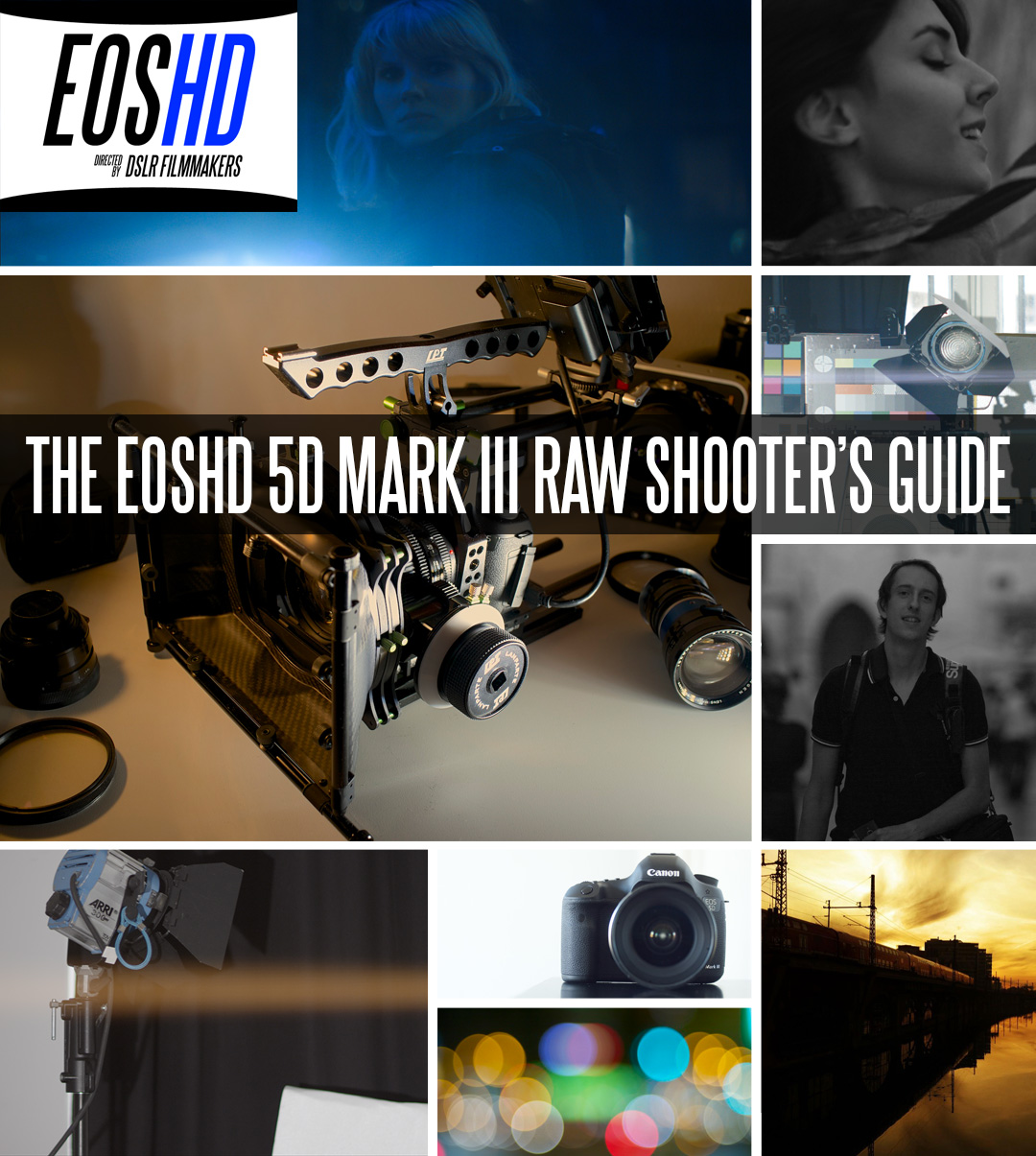 Sorry! This title is currently out of print / discontinued.

Written entirely by Andrew Reid as if one-to-one consultation – absolutely no guest or ghost writing – the EOSHD 5D Mark III Raw Shooter’s Guide is an indispensable book for filmmakers. In the book I guide you through the emerging world of raw video on the 5D Mark III.

In the book I also cover brand new workflows such as direct editing of Canon raw in Premiere and complete guides on how to use newly developed software such as RawMagic, Ginger, Rawanizer and GoPro CineForm converter, for both Mac and Windows users.

For highlights of the book, sample pages and full contents scroll down… 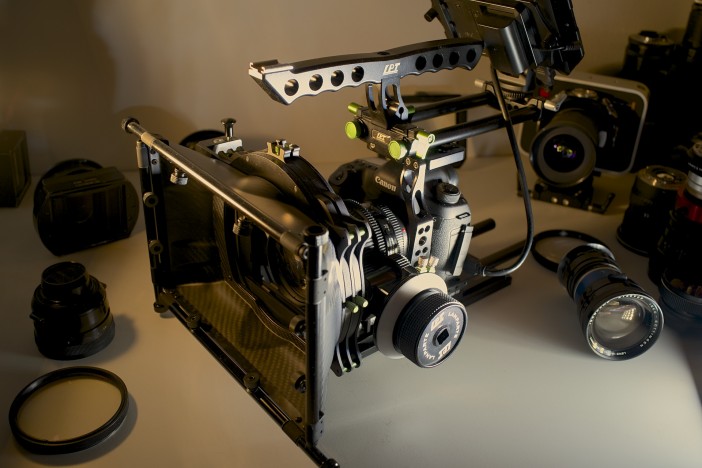 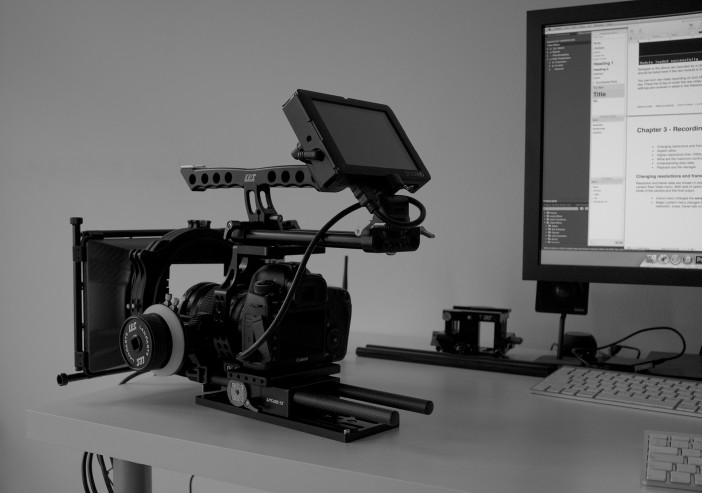 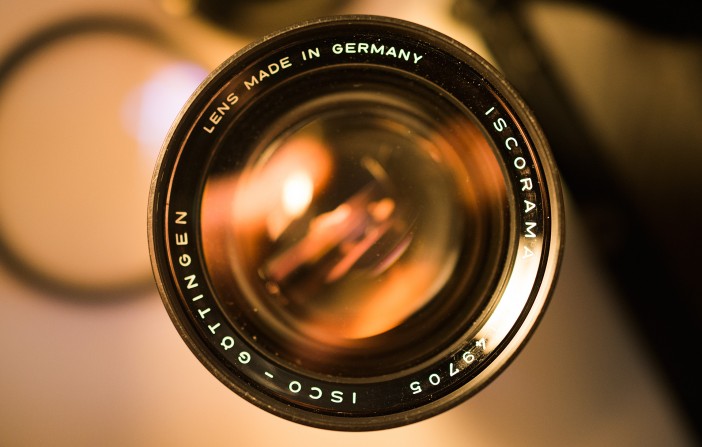 An introduction to the world of raw recording with Magic Lantern and the 5D Mark III.

Practical advice so you can begin shooting raw video on the 5D Mark III immediately.

A guide to making use of raw video and exploiting the full extent of the feature.

This chapter contains my most frequently used reliable and interesting settings for shooting raw video on the 5D Mark III.

Canon raw video files usually require converting to an editable raw format. Here’s an introduction to which formats you can use to edit raw.

CineForm saves huge amounts of storage space but maintains the advantages of a raw workflow. This chapter deals with how to use it.

For maximum image quality you can edit uncompressed raw in DaVinci Resolve and other applications (such as Adobe After Effects) which support Cinema DNG (but not Adobe Premiere).

For alternative ways of processing your raw footage – conversion to ProRes does not allow grading of raw on-the-fly but maintains a high level of image quality and a codec which is compatible with almost any editing software. Ginger allows direct editing of 5D Mark III raw clips in Premiere via a plugin but it is in the early stages of development.

LUTs are common film industry tools for giving raw footage a certain look and feel. Along with a selection of carefully crafted cinematic looks, this chapter deals with how to use them in DaVinci Resolve.

Raw recording on the 5D Mark III is extremely demanding on Compact Flash card performance and capacities. In this buyer’s guide I look at which ones work, and which don’t.

With raw shooting the DSLR video rulebook has changed. Here I look at shooting techniques and how to shoot better looking raw footage. 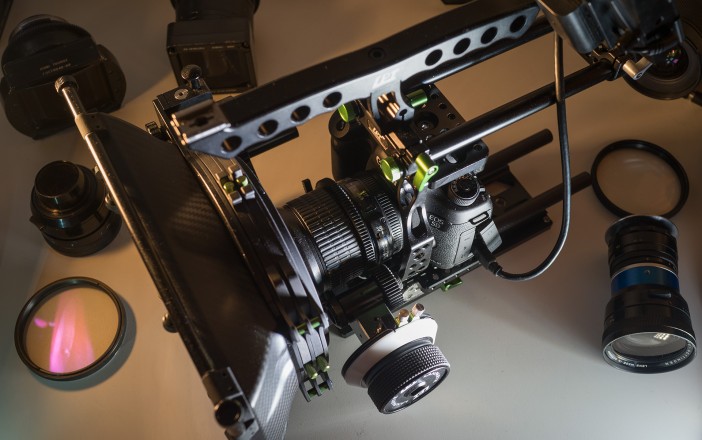