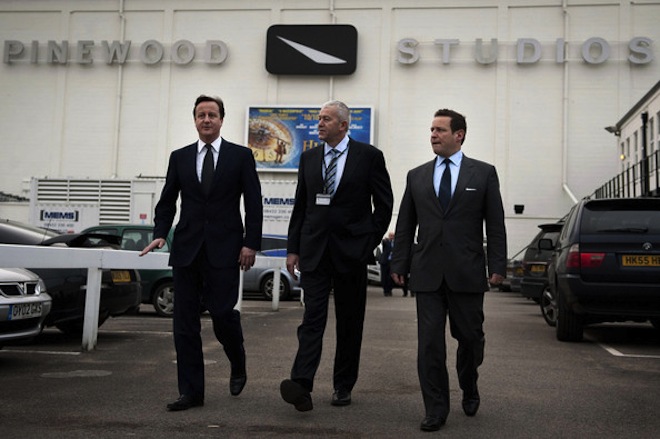 British Prime Minister David Cameron went on a visit to Pinewood studios last week to enjoy the company of his elitist counterparts in the film industry. As part of accepting their generous hospitality, Cameron said that he wants to make more money available for commercially successful filmmakers rather than funding unproven ones.

The future prospects of the film industry, indeed any industry, depend on those who have not yet made it to the top.

The unproven ones, the crazy ones, the not yet commercially successful – all those Cameron wants to block from making films at all.

Shane Meadows and Danny Boyle in their earlier careers had behind them a string of experiments and failures. Failing is a necessary step to becoming successful.

Maybe David Cameron thinks the filmmakers of tomorrow will all get a job with Working Title after leaving 6th form (12th grade in the US) in a leafy suburb. Impoverished and underprivileged Working Title who brought in just $109 million with Billy Elliot could really do with some cash from Daddy Cameron to help finish the musical.

Of course it is not the fault of British studios that the lifeblood of their industry will be cut off at the neck. Working Title are responsible for all kinds of less mainstream sophisticated filmmaking such as Senna and Tinker Tailor Soldier Spy which are extremely creative examples of film and not just painting by numbers.

Charlie Brooker, a blogger for The Guardian newspaper and writer of the British TV drama Black Mirror has this to say on Cameron’s masterplan:

The King’s Speech was a superb film, but it’s essentially Rocky for stammerers. Patriotic, yes: but we’ve made other, more forward-looking British films by ignoring the box office and taking risks… If Cameron is serious about wanting our film industry to make more money, he should leave the ball-breaking yap about profits to Glengarry Glen Ross, and instead take the long view: nurture the creative talent of tomorrow.

I think the argument over film funding can be divided down socialist and capitalist lines. Nurturing creative people and aspiring filmmakers is more about socialism than capitalism. A capitalist would look at a young Danny Boyle and immediately balk at the high level of risk and low potential for return, as well as the sheer amount of time taken to get any return at all. It takes many filmmakers 10 years or more to get to where they are going, in no short part down to the natural creative process not just lack of resources. 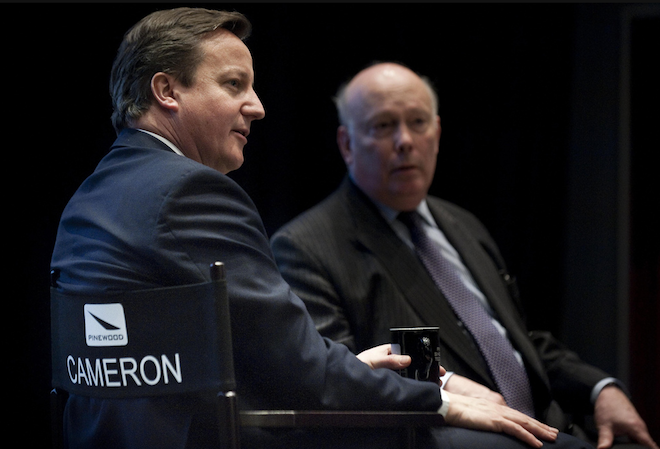 Above: at least they can reuse the chair when a more worthy Cameron comes to Pinewood Studios

Our prime minister is a capitalist of the highest order. He wants to plough a high speed rail line through his own back yard ruining 100 miles of British countryside and he turns into a giant lizard at impromptu moments.

Capitalism is important for filmmaking, but it can be diametrically opposed to creativity as well as making it possible.

Capitalism is not evil but it cannot be expected to fund young filmmakers without any firm return. A capitalist prime minister like David Cameron will not support the use of public funds unless he sees a return from the investment in cold hard cash. He is incapable of seeing the artistic gain from it because he has the mindset of a right wing capitalist and not a socialist. 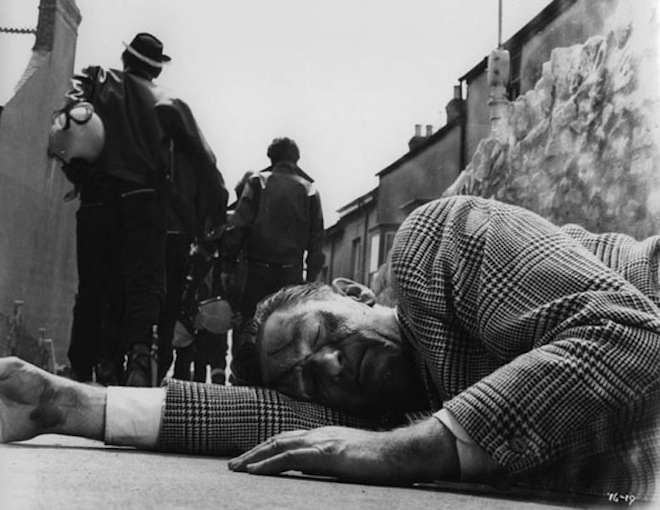 Above: An image from These Are the Damned by Joseph Losey

“Film is a dog: the head is commerce, the tail is art, and only rarely does the tail wag the dog.”

Cameron is choking the dog altogether and soon it’ll be dead. The prime minister’s statement is based on a Government film policy review and is concrete not just a sound bite at Pinewood. Soon he will put words into action.

Ken Loach (Kes, Ae Fond Kiss) says it is too difficult to predict commercial success and funding should go to a “wide variety of projects and people”.

“If you knew what was going to be successful before you made it, we’d all be millionaires. It doesn’t work like that.”

Rupert Murdoch, another well know capitalist who runs Fox Studios says that filmmaking is ‘as risky as hell’, recently hitting out at Google’s “support of piracy”. He is right, it is as risky as hell and Murdoch would never give money to an aspiring filmmaker.

That’s why it takes a socialist model to get it off the ground. Because capitalism just doesn’t work like that.

More at the BBC