Apple sure like to suck the cash straight out your wallet, how else could they afford such an ugly Yacht.

That's not the only solution. Another solution is to not buy into the Apple ecosystem. 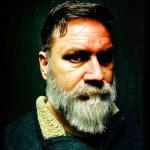 Wrong headline. It should read "Apple Yosemite ends support for TRIM on some older third party SSDs." I know it's not as sensational or as clickbaity but it would be more accurate.