RIP AVCHD, you won't be missed. 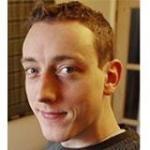 I'm well pleased about focus peaking. Little bit scary pulling focus without it when you're shooting stuff intended for the big screen. XLR accessory is a welcome surprise. GH3 has the edge on t

A poster named Matt from Nofilmschool says, The Panasonic AVC-Ultra family defines an additional three new encoding parameters within the MPEG-4 Part 10 standard, utilizing up to the 4:4:4 Intra P