When you consider how films are actually shot, extreme shallow depth of field and fast wide angle are gimmicks. I actually am starting to find too much bokeh distracting. It was nice to have when the 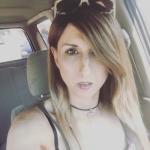 So when creating ProRes444 proxies there is virtually no loss of quality or flexibility, as you can see here. This was rendered from the proxy in AE, and I bent the shit out of this image and gave it