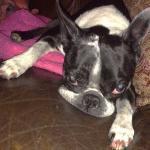 Do not buy these useless beasts. They are too stubborn and clumsy. My Rectimascop 64/2X is sitting on the shelf looking all stupid at me.

This is great information, BIG thanks! I just purchased the same lens of Ebay and was searching all over the web for info and this has to be the best posting so far, I am gonna follow your findings an

BOLD,  After reviewing the info and your posts from page 1 showing with the green arrows and viewing the "COOKING ANAMORPHIC LENS" video and other videos, It seems to me that the idea here is trying t