It's not 10 bit YCbCr, and I've been careful not to mention that. Everyone knows you can't get 10 bit YCbCr from an 8 bit source even with a 1/4 downres (maybe an 1/8 downres, though). The claim is th 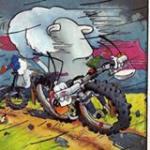 After reading most of this thread, one of the conclusion can be that the headline to this post is very misleading! The developper himself tells us that you get 10bit in the luma channel only! Which i