GH1 vs GH2: is the gh2 worth the extra money for the no-budget hobbiest? 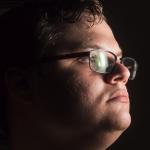