Shot a music video with the Letus Anamorphix 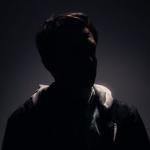