Color issue with the NX-1 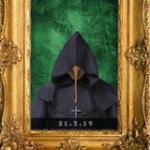