[img]http://www.eoshd.com/wp-content/uploads/2012/08/Rewo-gh2-cage-on-set.jpg[/img] Photokina is less than a month away now and it is going to be a busy time. I will be there to get my hands on the 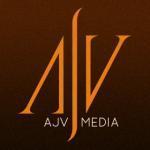 It would be amazing if the GH3 has an 80Mbit Intra-frame codec. If not, then at least I hope it has clean, recordable 4:2:2 24p out the HDMI port to use with an external recorder. If it can do eithe