Here's my first compilation of test footage with the SLR Magic Anamorphot.  Even before the lens arrived I knew this would be an upgrade in both performance and functionality coming from the Century O 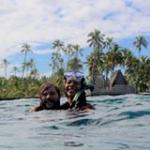 Er...Tony...I'll be making a movie on this China Anamorphot or one just like it...15 minutes of messing around run and gun is EXACTLY what we needed to see from day one with this thing, and we need to

when someone says movie i think of movie. i repeat nobody is gonna make a movie motion picture with this new optic. why would you. it does not make any sense. if your making a 1000 dollar movie ok