Samsung should add a 2:35 crop mode on the NX1 to fix rolling shutter 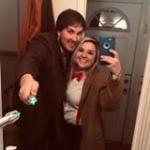