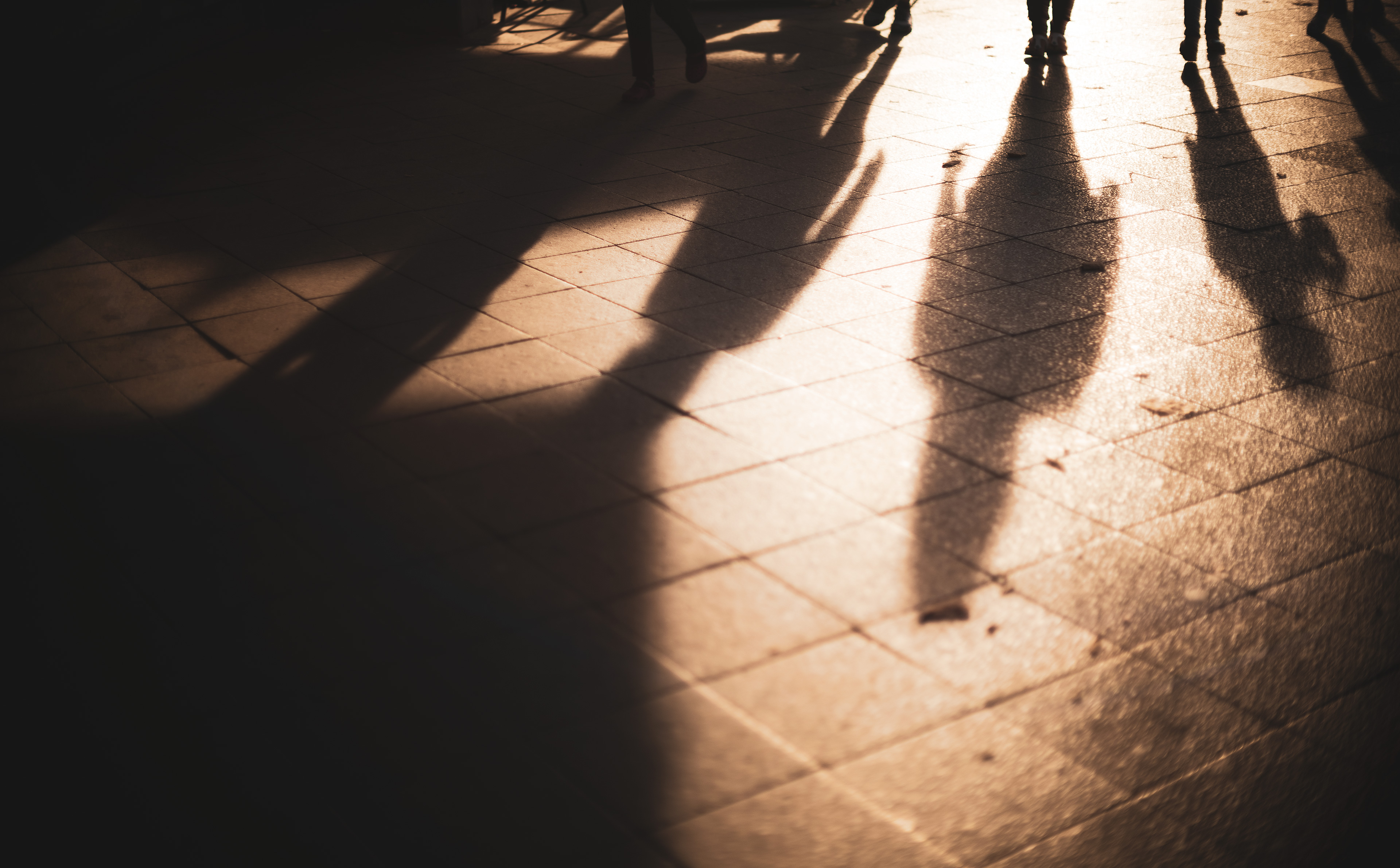 If you have ever taken a photo on a street or made a video in public, the European Union is opening you up to copyright claims by – get this – the owners of advertisements, building facades and even privacy violation claims from the general public.

Is this the beginning of the end?!

Billboard in the frame? Vimeo could DMCA you and after 3 strikes remove your portfolio altogether.

This is the world in which the European Union wants us to live.

And here’s why you should F*** the law and carry on making art.

Personally my eyes glaze over whenever I hear phrases like GPDR or “Article 11” or the aptly named “Article 13”. Protecting art is always an afterthought at the end of lengthy rules and regulations, but it’s reaching the point now where it so resembles art – a dystopian novel – that it’s actually a subject of morbid fascination – if not for the fact that the main protagonist is us.

The European Union voted in September with a 75% majority for:

But they’ve not even started. The following rules even jeopardise the internet:

My fellow filmmakers, photographers and artists, it is time to rise up.

A bit of back story…

Rules imposed by bureaucrats who don’t know how to use a mouse is an EU speciality. The overreach has already caused enough problems for me as a Brit with the disaster of Brexit looming large, partly their responsibility… the response to an overreaching bureaucracy and the hatred of it by the general public, some of it well placed. Some of it not. Ideally my country wants to be part of Europe and I don’t want to leave.

The UK wants to be part of the economy of Europe and they want us to stay part of it – but we cannot tolerate their insanity any longer. The UK wanted to work together with Europe to solve problems like digital privacy and copyright in a rational way… but it’s difficult when your partner-government consists almost entirely of snivelling weasels.

First let’s address the GDPR photography problem. It seems obvious to us, but if you have lived your entire life behind a desk and pen, never having created an ounce of art in your life, it’s harder to grasp the implications of a law like GDPR.

Out there on the streets there are a lot of people who believe their personal right to privacy in public comes above the right of an artist to create art. There are a lot of prissy little philistines trolling around the streets of Europe not really living, but worrying constantly that they might be in the distant background of some art student’s photography project or a tourist’s Instagram post and therefore online where people can see them. It’s a form of insanity. A form of paranoia.

Hard to believe isn’t it, but I know this myself from the years of filming on the streets of Berlin. I had daily first-hand experience of neurotic real-life trolls. People who would march over to me arms-folded, aggressively trying to get me to delete my own work from my own camera during a shoot. In another example, a shady GDPR enforcement official working for the Berlin government, who wrote me an email to me to say they had received a complaint from ‘somebody’ out of the blue. The guy wanted to be erased from the face of the earth but the pesky internet still held an evil grasp over his comments about the merits of 1080p on my forum. It turned out this “forum user” did not even exist on my system. It was an ill-intentioned fake complaint by a troll.

After all the ill-feeling, I simply chose not to live or work in Berlin any more.

The EU privacy office set up at great expense to the tax payer to protect us now ironically holds my personal data, which I can do seemingly little about, because they’re the government and I’m not.

An mysterious GDPR legal threat still hangs there in the back of my mind all because their system is open to abuse.

They couldn’t be arsed to give me any closure on it. They simply went away into a ether silently, retreating like a ghostly spirit.

The ‘data’ (not faces but “biometric ID data”) sums up how governments see their subjects. Just numbers, to which the wrong math is applied. I wonder if they also consider a person dry if they’re swimming in a lake.

There is another law. One made in less Orwellian times. This one protects the right of an artist to make art. So allegedly you can use your photo or video as art – without obtaining consent from the entire pedestrian sidewalk at Berlinstrasse at any one time. What if you are using the video for commercial purposes as a professional? Then it’s quite possible you’re still fucked! Europe is opening you up to all sorts of potential trolling and litigation.

At the heart of all of this is a Dumbtopia

Dumbtopia, a term I just made (copyright Andrew Reid), is the inability of our lawmakers to grasp what technology can and cannot do, or how it should be regulated.

The British government for years openly floated the idea that encryption should be breakable by law enforcement on-demand. The very fact that encryption is only encryption if it’s unbreakable was a concept Theresa May and her cabinet simply did not understand. That’s because they are a bunch of table-thumping dinosaurs from 1922.

It, by definition, ceases to be encryption if it’s broken! How many times do you need to hear it? To us it seems easy to understand!

Yet all the British government can think is along the lines of “to stop any possibility of a criminal hiding in a bank vault, let’s hand out 25,000 keys!”

Logic and common sense is utterly lost on the Eton educated.

This article at the EFF sums up this kind of stupidity of governments when faced with rapid technological advance (and yes I am quoting more than one word – that’s how the internet works, suck it up):

An inability to understand what tech can and can’t do is the source of endless mischief: from the people who blithely assert that networked voting machines can be made secure enough to run a national election; to the officials who insist that we can make cryptography that stops crooks from breaking into our data, but allows the police to break into crooks’ data; to the hand-waving insistence that a post-Brexit Irish border can be “solved” with some undefined technical fix.

In the dumbtopia, idiotic laws are written by technophobes. Worse, dumb laws are voted for. That’s because the voter doesn’t understand what’s at stake. Why should they? The lawmaker themselves doesn’t understand their own laws, let alone the unintended impact of their implementation. The laws go through silently, as the public voter is too busy actually living and surviving and doesn’t have time to be constantly consulted by our democratic institutions at every turn, on obscure technical and bureaucratic measures taken to enforce digital copyright. When you are working two jobs to pay the rent and some twat from the government wants you to deeply research copyright law in order to be informed enough to vote on it… because “democracy”… How high do they expect awareness to be? 100%?

So very rarely do the public in meaningful numbers question the dumbtopia. The dumbtopia is just dumped right on us.

What would really help is if the bigger companies could have some social responsibility and help us out. YouTube, Vimeo, Adobe, Instagram, Facebook and other large organisations could raise awareness and push back against bad law making. Most of them don’t, they just roll over and comply, like Google in China or Vimeo with their unique interpretation of the DMCA rules. If these organisations (who think they’re so squeaky clean and moral) could do the democratic work for us so we can get on with thinking of ways to survive the next month living in a society where the very same large companies rip the shirt from our back if it means meeting a profit target, it would be a big help. If only we as artists could be protected from dumbtopia, so we can go back to being nothing more than paying subscribers and numbers.

What I have noticed as a Brit living in both the UK and Berlin, is that European countries are constantly breaking their own laws, while at the same time imposing the same laws on Britain and expecting us to abide by their bullshit. I fail to see how CCTV cameras in Germany do not break GDPR rules by recording every one of us with no consent.

All this moral posturing of the EU is utter bullshit.

We must just sit here and pay our taxes to those who pretend to look after us, when in actual fact they are slowly killing us.

In the end there are only two winners – the deep pockets of lawyers and the even deeper pocket of government.